Mermaids, dragons, werewolves, phoenix, sphinx, fairies, leprechaun, Griffins, centaurs, yeti, manticores, pixies, gnomes, trolls, hippogriff, pegasus; the list of mystical creatures and animals goes on and on and on. A mind that is curious about the existence of these supernatural creatures will know certainly that the world has had it toll count of these extraordinary mythological creatures and one could but wonder if we have really seen them all. With all the mythological creatures the world has ever heard of, one strikingly stands out because of its unique symbolism for the kind of purity found in infants and virgins, strength and royalty – the Unicorn. Let me show you some uncommon facts that argue the existence of the unicorn. 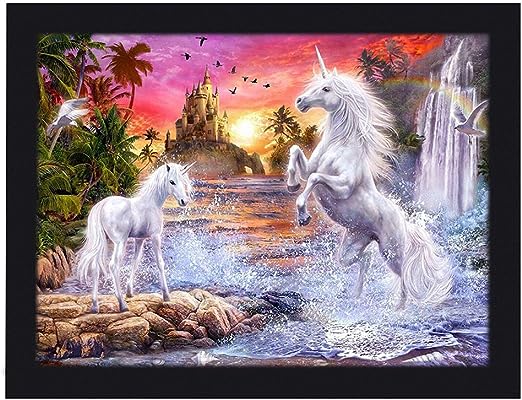 The Merriam Webster dictionary described the unicorn as a mythical, usually white animal generally depicted with the body and head of a horse with long flowing mane and tail and a single often spiralled horn in the middle of the forehead.

Unicorns, like mermaids, were long thought to be real. Both were based on legends and first-hand accounts from travellers to distant regions. Unicorns have a rich pedigree, having been discussed by luminaries such as Aristotle, Julius Caesar and Marco Polo. In our times it’s become a symbol of beauty among tender little girls and an imaginary icon of strength, royalty and bravery to baby boys.

Apart from all the physical traits given to portray what the animal looks like, there is still much to ponder about this peculiar creature:

The mythological animal with one horn and full beautiful mane which has been depicted usually as immaculate white in colour and a graceful equine stance has got everyone almost bewildered about the legendary creature. The European folklore described the unicorn as a white horse-like or goat-like animal with longhorn and cloven hooves (sometimes a goat’s beard). Some other versions of description added that the unicorn is often depicted as a horse with a ‘lion’s tail’, and a slender, spiral horn on its forehead.

Many lands, cultures and regions especially Asian and Mediterranean lands have varied versions about the unicorn. These variations which spring from differing descriptions on certain body parts, skin colour, accessibility, its habitat. This will keep one confusion and without definite imagery and conclusion on what the animal really looks like if it actually exists in reality. The ki-lin is a version of the Chinese unicorn— which had a 12-foot-long horn on its head and a coat of five sacred colours — was renowned for bringing good luck.

Though modern images tend to assume unicorns are horse-sized, the Physiologus (a 12th-century bestiary) described it as “a very small animal, like a kid.” The comparison is to a baby goat instead of a preteen human, but in either event, the unicorns described wouldn’t stand much above knee height. As people with the largest collection of written mythological stories, it seems out of place that unicorns are not found in Greek mythology.

The only tale which is quite dissimilar in comparison but close to that of the unicorn is the Pegasus, a varied version of the said animal which has a pair of wings but no horn whatsoever thus, a major disparity between the two mystical creature. Mythologically, the Pegasus in its disposition was a rejected gift from Zeus to his estranged son Calibus from his lover Hera.

In the accounts of natural history, Greek writers of natural history were convinced of the reality of unicorns, which they believed lived in India, a distant and fabulous realm for them. The earliest description is from Ctesias, who in his book Indika (“On India”) described them as wild asses, a fleet of foot, having a horn a cubit and a half (700 mm, 28 inches) in length, and are coloured white, red and black.

Unicorns on a relief sculpture have been found at the ancient Persian capital of Persepolis in Iran. Aristotle must be following Ctesias when he mentions two one-horned animals, the oryx (a kind of antelope) and the so-called “Indian ass” Antigonus of Carystus also wrote about the one-horned “Indian ass”. Strabo says that in the Caucasus there were one-horned horses with stag-like heads.

Pliny the Elder mentions the oryx and an Indian ox (perhaps a rhinoceros) as one-horned beasts, as well as “a very fierce animal called the Monoceros which has the head of the stag, the feet of the elephant, and the tail of the boar, while the rest of the body is like that of the horse; it makes a deep lowing noise and has a single black horn, which projects from the middle of its forehead, two cubits [900 mm, 35 inches] in length.

To prove that this mystical creature is not as supervenient as thought, the bible made quotations, citing the strength of the said animal. Belief in unicorns increased with the invention of printing and distribution of the Bible, which mentions the creatures at least seven times in the Old Testament. One of the citations recorded was spoken by the Almighty God himself while addressing Job during his trying times.”Will the unicorn be willing to serve thee, or abide by thy crib? Canst thou bind the unicorn with his band in the furrow? or will he harrow the valleys after thee? Wilt thou trust him because his strength is great? or wilt thou leave thy labour to him? Wilt thou believe him, that he will bring home thy seed, and gather it into thy barn?”— Job 39:9–12.

This, however, puts in a level of authenticity to the accrued claims to the reality of the said animal. A lot of people still try to argue this fact but there is too much evidence to just look away. 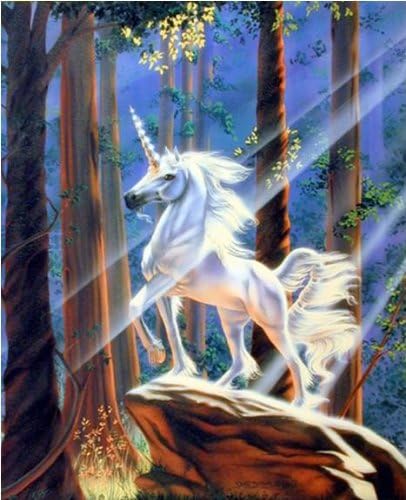 In the Middle Ages and Renaissance, the unicorn was commonly described as an extremely wild woodland creature, a symbol of purity and grace, which could be captured only by a virgin. Like we find in the encyclopedias, its horn was said to have the power to render poisoned water potable and to heal sickness. In medieval and Renaissance times, the tusk of the narwhal was sometimes sold as unicorn horn. Whether because it was an emblem of the incarnation or of the fearsome animal passions of raw nature, the unicorn was not widely used in early insignia but became popular from the 15th century.

Add in the magic powers, the affinity with virgins, and the various rainbow colours people like to imagine them in, and you no longer have an animal that is even possible. Anything you read about this type might be a façade. Sadly, no magical flying abilities were discovered, but then again you never know what future studies will reveal of a unicorn that is fictitious. As speculated, many unicorns live in forests, where there are plenty of berries and nuts and fruits to eat. The trees offer them shelter from the wind and the rain and help them to hide from predators. They are said to be proudly galloping in the forest accompanied by a fairy peeking from behind a tree.

Another account gives by Marco Polo has it that unicorn, tamable only by a virgin woman, was well established in medieval lore and at the time described them as “scarcely smaller than elephants. They have the hair of a buffalo and feet like an elephant’s. They have a single large black horn in the middle of the forehead. The unicorn has a head like a wild boar’s. They spend their time by preference wallowing in mud and slime. They are very ugly brutes to look at. Unicorns are not at all such as we describe them when we relate that they let themselves be captured by virgins, but clean contrary to our notions.” It is clear that Marco Polo was describing a rhinoceros.

In contemporary times, some other generalised belief includes – Unicorn horns are called Alicorns; Muffinhumps is the world’s oldest Unicorn; a baby unicorn is called a sparkle or shimmer; there is no evidence that unicorns poop glitter or fart rainbow or can be seen at the end drop of the rainbow curve.

After years of believing unicorns were nothing more than mystical fairytale creatures, researchers may just have definitively proved that they did actually exist — though, not as pretty horses with pearly white manes, wings, and horns. Thanks to a newly discovered skull fossil found in the Pavlodar region of Kazakhstan, we now know that the unicorn — or “Elasmotherium Sibiricum” — roamed the planet roughly 29,000 years ago and looked more like a rhinoceros than a horse. Journal of Applied Sciences, also revealed that these unicorns stood about six feet tall, measured 15 feet long, and weighed around 8,000 pounds— much larger than the horses we imagined them to be.

The discovery is a total shock to scientists who initially thought they had gone extinct 350,000 years ago. It would interest you to know that the first reports of the unicorn date back to the fourth century when Greek physician Ctesias recorded exotic tales he’d heard from travellers: “There are in India certain wild asses which are as large as horses, and larger. Their bodies are white, their heads dark red, and their eyes dark blue. They have a horn on the forehead which is about a foot and a half in length.” The horn, he added, was said to be white, red, and black. There was no shortage of information about unicorns, provided by rumours and legends, but the regal beast itself remained elusive.

For centuries, many believed that unicorns were surely real enough — after all, a great number of stories and artworks were devoted to the fine beasts — and perhaps lived in faraway lands. Others believed that the unicorn was once alive but went the way of the dodo, hunted to extinction.

8. Symbol Of Purity And Strength:

Unicorns are freighted with symbolism and often depicted as white, representing purity. Though virtuous, unicorns are said to be quite enamoured of themselves and fall prey to vanity, spending hours admiring themselves in silvered mirrors. But still, they represent a lot of things which includes purity and strength. These traits alone are what a lot of people try to relate with and that’s why many people love the unicorn majorly.

Unicorns are said to be powerful and feral, thwarting all brutish efforts to capture them. Only through guile can the unicorn be tamed or taken: it requires setting a trap for the beast, and the cooperation of a virgin. There is no record in the physical world of any animal farm or zoo that rears unicorn. The only means provided by legends to own one is to capture and tame a unicorn. The procedure is to first find a forest where unicorns are known or suspected to live; then locate a clearing and find a place for a virgin to sit (a tree stump or fallen log should do), and have her wait quietly. Unicorns are said to be drawn by the presence of a virtuous maiden, and let their guard down only in her presence — whereupon hunters lying in wait could then capture the fine beast. 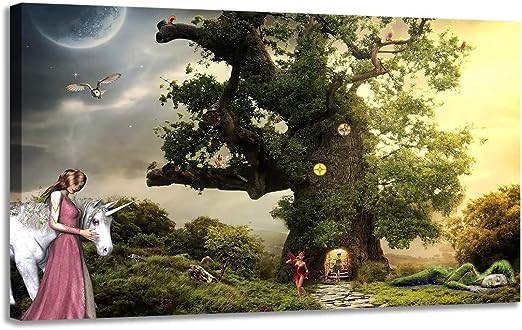 Now judging from the facts you have read so far, I believe you can see that the unicorn’s existence is still on the fence but if you ask me, there are more observations, findings, facts and all that, which points out that unicorns did actually exist and roamed the earth with humans. A lot of people share in that believe too and others just try to preserve their childhood fantasies by agreeing to its existence. Whichever it is, we are well aware that the world did not just think of an image of a horselike creature to take the world by storm.

Leave a Reply to lipitorCancel Reply