Post content show
Disclaimer
What Are Unicorns?
Some Amazing Fun Facts About The Unicorn
The horn:
The uniqueness:
Human encounters:
Religious view:
Unicorns in Scotland:
Their grouping
Their features/personality:
Want to hear two uncommon unicorn fun facts?
Love the unicorn even more?
Conclusion

The Unicorn has fascinated both the young and old from generation to generation. Mystical, magical powers have always been ascribed to the Unicorn and they just have this lovable personality and features that stand them apart. We are just thrilled by the magical wonders they possess. and of course, the Unicorn has some amazing fun facts that are worthwhile for you to know. And sure, I will be sharing 39 of the unicorn fun facts you will love about them.

Unicorns are our very own beloved and magical creature. They are simply horse-like animals with a pointy, spiralling horn right on top of their forehead. With magic inside, healing in their touch, the confidence of a lion and the spreading of love wherever they go; they have succeeded in capturing the hearts of many. From the young to even adults, people who just come across the unicorn in movies, images, architects or even illustrations, can’t help but try to relate themselves to it. And surely there are many obvious reasons why.

Some Amazing Fun Facts About The Unicorn

We all love ourselves a good unicorn fantasy. Even though debates still fly around questioning the existence of the unicorns, whether they ever walked the earth. Even with all that going on, a lot of people still love this creature for many reasons. They stand for purity, bravery, confidence, love, loyalty, and best of all, magic. Here are some fun facts about the unicorn that would interest you and even male you love it even more if you haven’t:

Love the unicorn even more?

Unicorn lovers are everywhere. I mean, who wouldn’t love them when they have a lot of sweet traits to offer the world. If you love them or even more, get one of these cute T-shirts that shows an illustration of a Dabbing Unicorn and proudly show that to the world. Made with 50% Cotton and 50% Polyester, this unicorn T-shirt is the perfect thing for any unicorn lover. Click this link to be taken to the page on Amazon where you can find the price and other like it then get one for yourself. 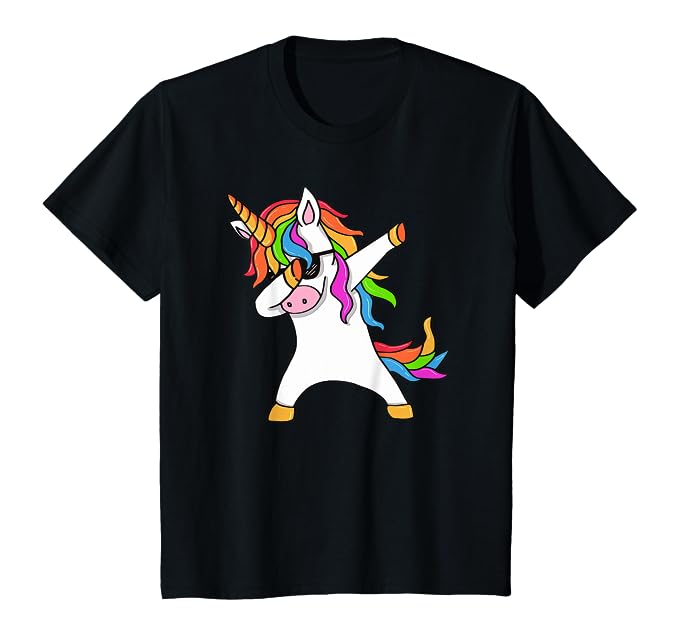 Well, from these fun facts you will definitely agree with me that the unicorn is definitely a lot of things. It also represents many positive things, little wonder why many people just love to be associated with it. For some people, even if they can’t portray the personality of the unicorns, they still have, or wear a representation of it and I must say that it is always cute.

Is the Unicorn a Land, Sea or Air Animal?

Is Unicorn Just A Horse With A Single Horn On The Head?